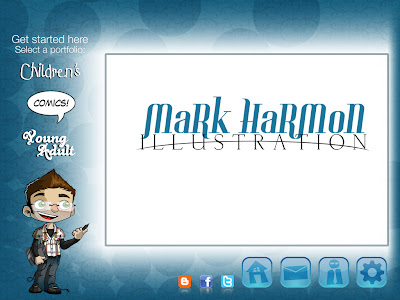 It's been a long time coming since I had a personal portfolio website. I had one a long time ago, but it got so old and out dated that I just let it die. But, there is now a REBIRTH! Ladies and Gentlemen, may I introduce you to...
WWW.HARMONILLUSTRATION.COM
Click on the name above or "Portfolio" on the sidebar and take a peek. Enjoy.
Posted by Mark Harmon at 6:59 AM 1 comment: 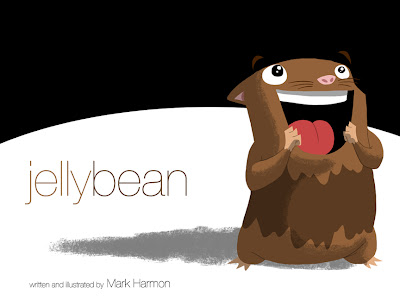 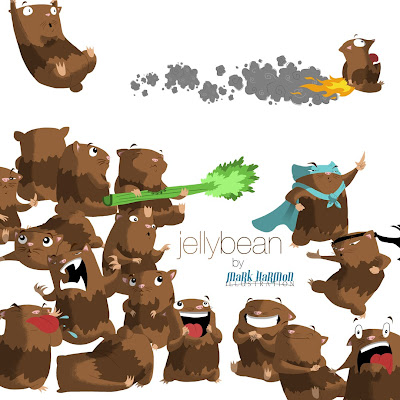 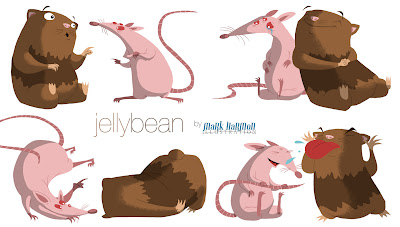 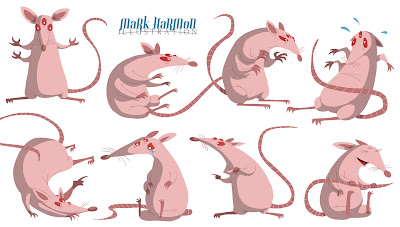 So, I've been seeing and hearing quite a bit about a style of illustration referred to as "cartoon modern". Some artists that are currently working in this "cartoon modern" style are Ward Jenkins, Kevin Cross, Chris Eliopoulos, and others. Anyways, I totally love the stuff and wanted to give it a try.
I was drawing some animals and drew this little hamster for some reason. I liked the drawing, so I drew some more and more hamsters. Turns out that hamsters are super fun to draw. Also, rendering him in this "cartoon modern" style is was faster and easier than my current mode of illustrating.
Where's this all going? The top image is the cover of the story of this hamster named Jellybean. The bottom image are some illustrations of Jellybean doing stuff.
I think that this is going to be my next project and submit it straight to The Illustrated Section for digital download. This will be one story that for the moment does not have any plans to be put in print, unless a publisher wants to do it. *wink wink nudge nudge*
I haven't actually written the story yet and am still in the stages of coming up with the plot and such, but the cover is done and I've gotten used to drawing this cute little dude.
*EDIT* I've added this Lab Rat character to the mix. The story is developing now. I'll give you a hint: It involves a lab rat.
Anyways, stay tuned for this little guy and. . . Enjoy.
Posted by Mark Harmon at 3:56 PM 5 comments: 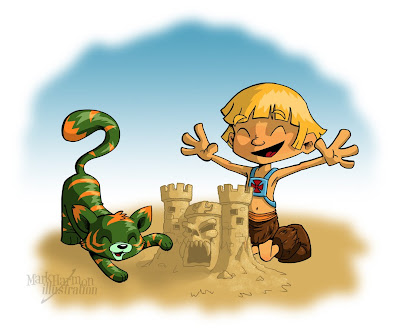 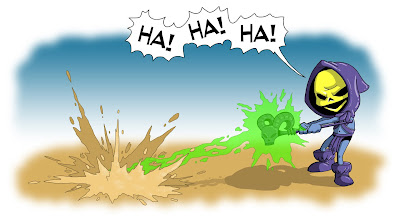 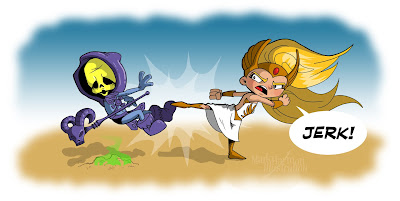 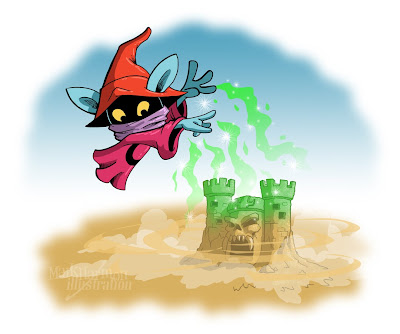 No particular reason for this. There is a free episode of He-Man on iTunes this week, so after I downloaded it I got the idea to draw He-Man as a kid with his kitten Cringer.
*EDIT* Just added this Skeletor image.
*Another EDIT* Did you really think that I would like Skeletor get away with that? Of course not. She-Ra to the rescue!
*Final EDIT* Sure, She-Ra dished out some justice, but someone needs to make it right. That's where Orko comes in. Enjoy.
Posted by Mark Harmon at 7:47 PM 5 comments:

Hey everybody, just wanted to share this book trailer that I made for my mini-comic, PEST CONTROL.
Made with iMovie. Music and sound effect credits in the description of the actual YouTube page.
Enjoy.
Posted by Mark Harmon at 1:06 PM No comments:

Hey blog followers and random people from around the world, I was just recently on Chris Oatley's Artcast. If you don't know who Chris Oatley is, then shame on you. He only one of the best concept artists currently working at Disney and the nicest guy you'll ever talk to. On the podcast I join my fellow 8: A Kid's Book Anthology crew. We're at the end of the podcast and yours truly is at the end of out section, but everyone else has cooler things to say than I do. So, CLICK HERE and have a listen, or search on iTunes for "Chris Oatley's Artcast". Enjoy.
Posted by Mark Harmon at 4:05 PM No comments: 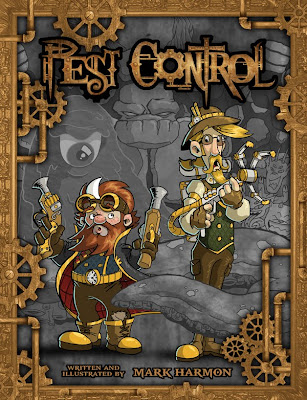 Hey everyone, got some exciting news! Below this post I mentioned that Pest Control was DONE! Well, not only is it done, but it's ready to purchase as a digital PDF for your ebook reader or computer. The best part: It's only 99¢! So now all you have to do is
CLICK HERE!
Thank you for your support! You guys are awesome!
Posted by Mark Harmon at 3:41 PM 2 comments:

Ladies and gentlemen, boys are girls, my 8 page mini-comic is DONE!
I know what you're thinking, you're thinking, "Yeah, so what. Lot's of people make 8 page mini-comics. What's the big deal?" Well, the big deal is that this is my FIRST comic EVER. Sure, I've done one page gags and a couple of 3-4 panel strips, but this is the longest comic I've done to date. So, needless to say, I'm pretty excited about it.
Now, for a little tease, you can click on the image above to see it in it's entirety. But, or course, it's too small to read anything and you might not be able to make out all of the details. In order to do that, you're going to have to wait until it's available for purchase at The Illustrated Section and at IndyPlanet.
Until then, enjoy the tease.
Posted by Mark Harmon at 3:23 PM 4 comments: 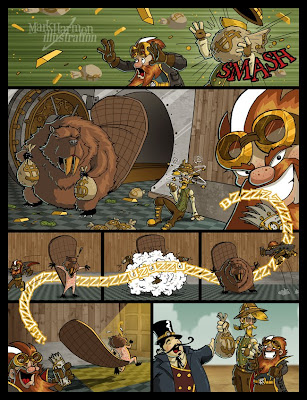 The topic this week on Illustration Friday is "Reverse". I couldn't pass up this one because on page 7 of my mini-comic, Pest Control, I pull a "reversal" of sorts.
We all know that books, and comics (unless it's manga) read from left to right, but in panels 3-5 I make the page read right to left. To help the reader know what just happened I use the sound effect to lead the reader through the R to L transition. I think it works.
A small disclaimer: There WILL BE words on the page. This is still a work in progress, so that's why it's "silent" right now. But, hopefully it still works without the words. Enjoy.
Posted by Mark Harmon at 6:36 AM 10 comments: 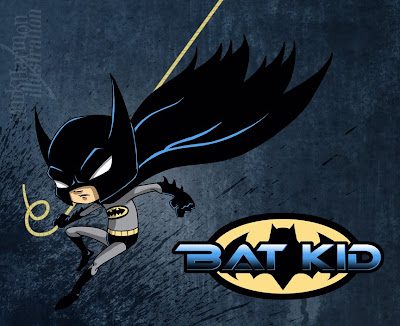 For no particular reason, here's a Bat Kid. I was drawing a Batman, but it just wasn't working, so I drew a Bat Kid. Enjoy.
Posted by Mark Harmon at 8:49 PM 1 comment: