This week's topic for Illustration Friday is "Jump". For this topic I've decided to show you all something I've been working on. For a promotional tool later down the rock I've been working on a PEST CONTROL video game. I've been using the free opensource game called "SuperTux". What I've done is replace the images in the game with my own images, thus creating my own game. I also replaced the sound effects. I'm not a programmer, so I couldn't change the way the game works, so just the physical appearance is different. Right now I've only had time to change all of the characters in the game and a couple other elements, like the power-up boxes, crates, and stuff like that. I haven't been able to change the landscape yet, so it's still in an ice world.

Above are the 3 "stages" of Trigger: small, big with no powers, and powered up version where he can throw gears. This is his JUMP, hence the IF topic.

I've put together some screen grabs to show you a bit of the game and monsters that I've put in. Don't worry, some of the images contain jumping, so it's totally legit. Click on the images for a larger view. Enjoy. 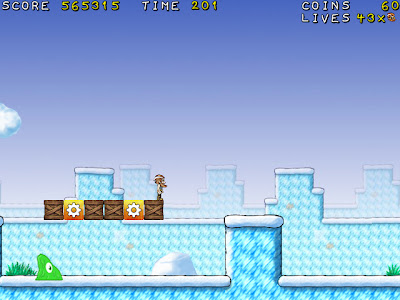 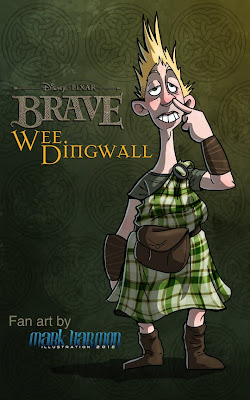 Decided to do some fan art for Disney Pixar's BRAVE. Sure, it hasn't come out yet, but from what I've seen, this character, Wee Dingwall, seems to be a lad after my own heart. We'll see if he is anything like I hope he is: A big goof. Enjoy.
Posted by Mark Harmon at 9:59 PM No comments: 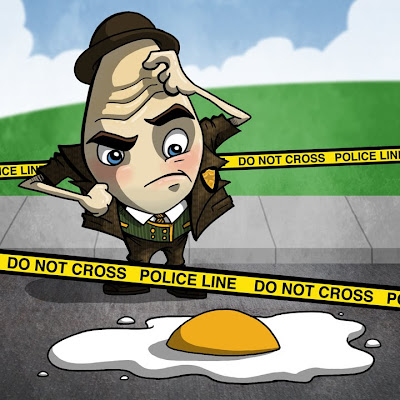 Haven't done one of these for Illustration Friday in a long time. Good to get at it again. This week's topic is "Puzzled". So, here is a egg detective who is puzzled about this murder. Enjoy.
Posted by Mark Harmon at 8:28 AM 8 comments: 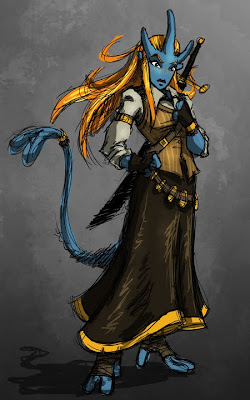 My latest post was in February?! Yikes. Sorry about that folks. I haven't had much free time lately, so I haven't posted very much here in the old blog. I've been working like crazy this past month or so. I've been working on this graphic novel (that I can't talk about yet), doing storyboards for a rap group, a logo design for a screen printing shop in Idaho, and a logo design for a beef jerky company in Australia. Have I ever mentioned that I LOVE MY JOB? Well, I do.
But, as you can see, I had some free time yesterday, so I drew an alien warrior girl. Enjoy.
Posted by Mark Harmon at 7:44 AM 1 comment: