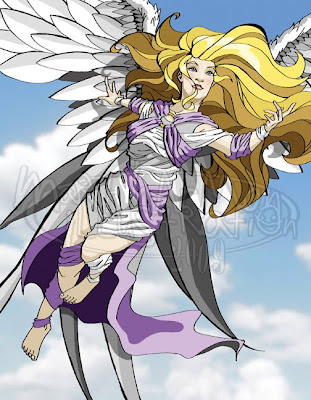 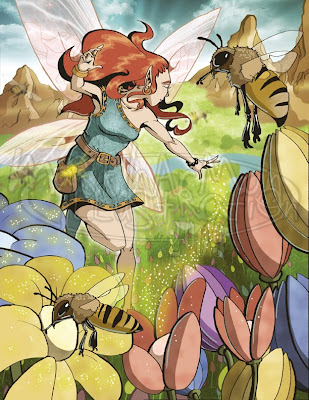 Here is a sneak peek at my new book in the "If I could be..." Series. This is the female companion volume to the boy edition that is now on sale in my Etsy store.
The angel turned out decent enough, but I put about every color in the rainbow in the fairy pic. Man I'm so color retarded. I need serious help with color. If it's there, I use it. Green grass, blue sky, etc, etc. I have a hard time dulling down my colors. It's seems everything I do is retina burning. Anyone have any suggestions? Does anyone even read this thing?
Anyways, enjoy.
Posted by Mark Harmon at 2:09 PM 3 comments: 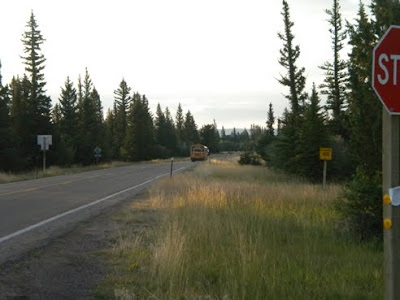 Well, I guess I've been trying to keep this blog as my "business" blog and leave personal stuff off, but this is too big for me to omit.
My oldest son is at his first day of Kindergarten. I'm only 28. I don't feel like I'm old enough to have a kid in school yet. Oh well. I wish him the best. I'm so proud of him. He's a good kid.
Good luck with school Corbyn. Love ya buddy.
P.S. I would love to put a picture of him up on here, but I'm still afraid of wackos out there. So, just imagine a really handsome 5 year old kid.
Posted by Mark Harmon at 10:07 AM 1 comment: 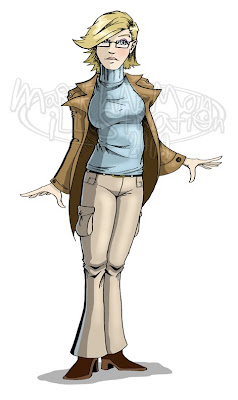 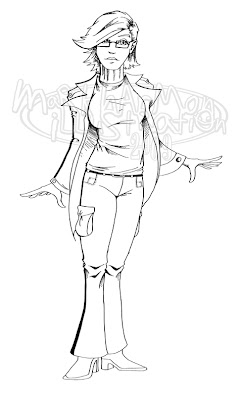 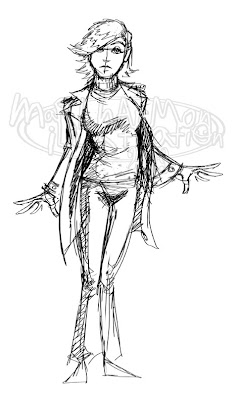 Here is some more practice drawing girls. Since I'm working on the girl version of "If I could be anything..." then I definitely need the practice. Enjoy.
Posted by Mark Harmon at 2:34 PM 1 comment: 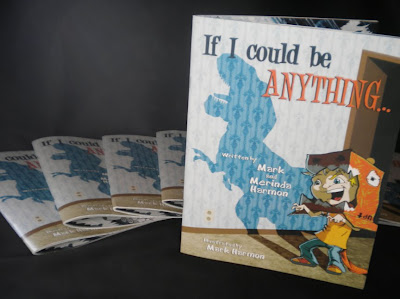 My Etsy Store is open for business! Nows your chance to get my self-published book before it gets huge and famous. (Yeah right)
www.harmonillustration.etsy.com
Also, link in the sidebar there. Enjoy.
Posted by Mark Harmon at 11:49 AM No comments: 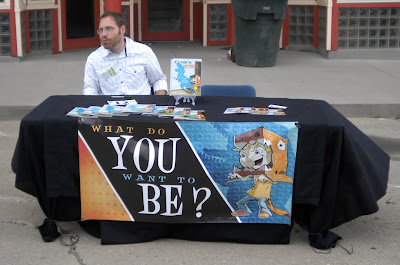 Here's my "booth" at the Helper Arts Festival.
Here's the low down: I sold 5 books in two days. 2 the first, 3 the second. I don't think that I was at the right venue. It was more of a "western jewelry festival" more than an "arts" festival. (not that jewelry isn't art). There were some painters and stuff, but not as much as I thought. But, considering the extremely LOW number of my target audience, young families with boys 5-9, I actually did pretty good. A HUGE majority of the foot traffic there was females 18-25 looking for jewelry.
My first event, I learned A LOT! From now on, I think I'm only going to do book fairs. Also, I think I will only do INDOOR events.
First day - I'd been set up for 20 minutes and it started the HAIL the size of quarters! My wife and I ducked under our table along with our books trying to stay dry, which failed. The second day, wind gusts kept blowing everything over. Let me ask you something blog readers: Is it a rule that your first show has to go terrible?
The one shining star at this show was a little boy named Paul and his mom. They were the first to buy my book. The mom was flipping through book saying, "Wow, this book has ninjas, pirates, dinosaurs, everything. Do you want this book Paul?" Then his eyes got really big with a great smile on his face and said "YEAH!" It was awesome. I almost got a little teary eyed. Thank you Paul and Paul's mom. You guys are awesome!
Posted by Mark Harmon at 7:56 AM 2 comments: 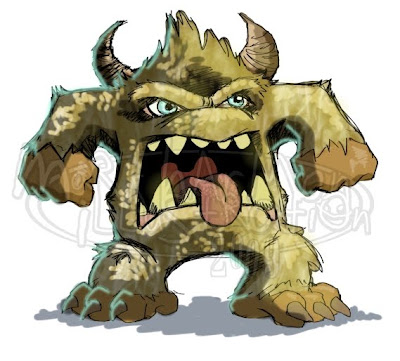 Another warm up sketch. Just wanted to draw an angry monster.
Posted by Mark Harmon at 6:45 AM No comments: 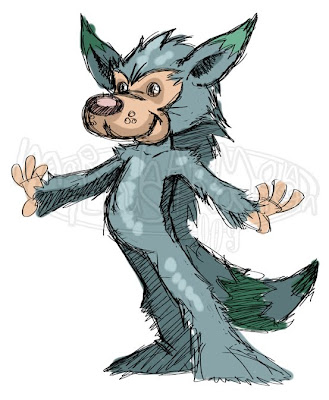 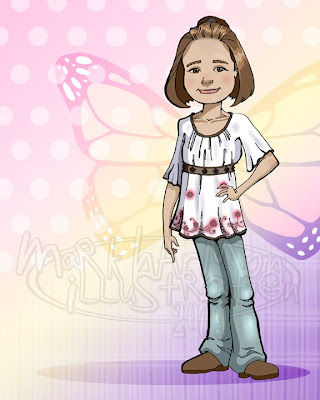 Here is a commission I'm doing for a friend. The final version has the girl's name, but for her protection I've omitted it. Not great with drawing girly things. I have three more kids to draw.
Posted by Mark Harmon at 11:47 AM No comments: